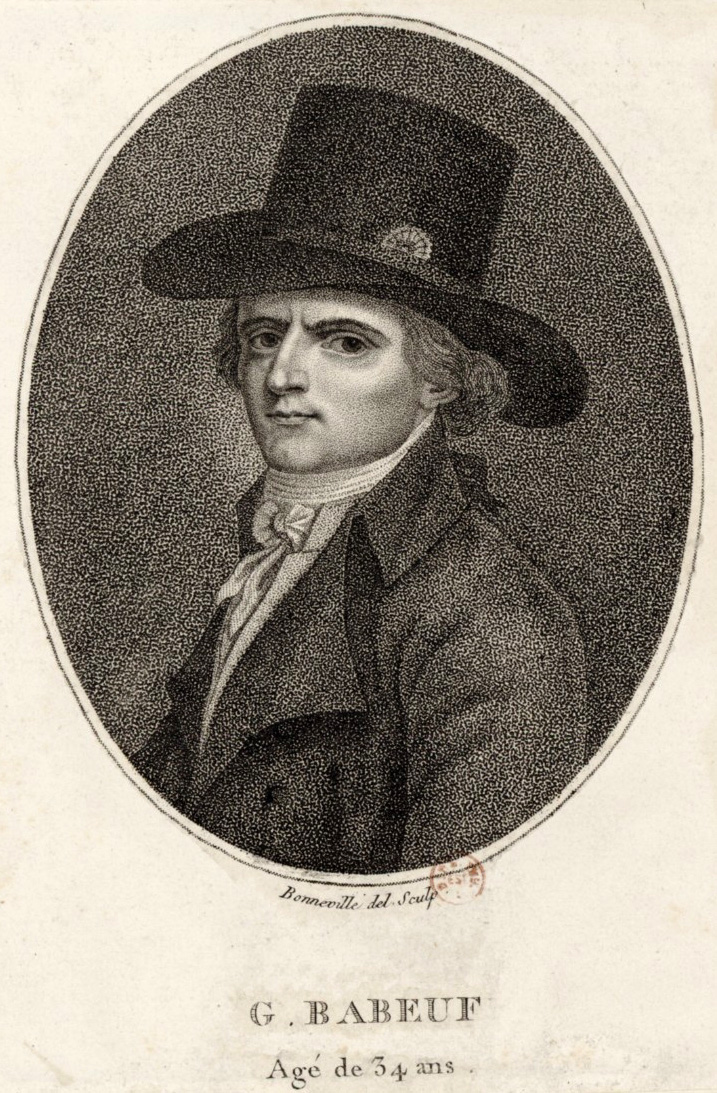 François-Noël Babeuf (; 23 November 1760 – 27 May 1797), known as Gracchus Babeuf, was a French political agitator and journalist of the French Revolutionary period. His newspaper, ''Le tribun du peuple'' ("the tribune of the people"), was best known for its advocacy for the poor and calling for a popular revolt against the Directory, the government of France. He was a leading advocate for democracy and the abolition of private property. He angered the authorities who were clamping down hard on their radical enemies. In spite of the efforts of his Jacobin friends to save him, Babeuf was executed for his role in the Conspiracy of the Equals.

The "Gracchus" nickname likened him to the ancient Roman tribunes of the people. Although the words "''anarchist''" and "''communist''" did not exist in Babeuf's lifetime, they have both been used by later scholars to describe his ideas. The word "''communism''" was first used in English by Goodwyn Barmby in a conversation with those he described as the "disciples of Babeuf". He has been called "The First Revolutionary Communist." Provided by Wikipedia
1