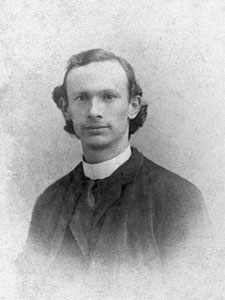 Cornelissen was the second of five children of Johannes Cornelissen, carpenter in Den Bosch, Noord Brabant, and Mechelina van Wijk. He became a primary school teacher in Middelburg, Zeeland. In the late 1880s he started working for ''Recht voor Allen'' ("Justice for All"), the organ of the Social Democratic League (in Dutch: Sociaal-Democratische Bond, SDB). Next to Ferdinand Domela Nieuwenhuis, he soon became a leader in the SDB, member of the central committee and head of the international secretariat. He stayed in the SDB, which was renamed to Socialist League, during the breakaway of the Social Democratic Workers' Party (in Dutch: Sociaal Democratische Arbeiders Partij, SDAP). He attended the second congress of the Second International in Brussels, both as a special correspondent of ''Recht voor Allen'' and as a delegate of the Dutch railworkers' union contributing to an anti-militarist resolution by the left wing at the congress.

In 1891, he translated the ''Communist Manifesto'' to Dutch. In 1893, he was one of the founders of the National Labor Secretariat (in Dutch: Nationaal Arbeids-Secretariaat; NAS). In the following year, he got to know the French anarchist and trade-unionist Fernand Pelloutier and he supported the anarchists expelled from the 1893 Zurich congress of the Second International.

The increasing influence of social democrats within the Socialist League led Cornelissen to move to Paris in 1898. However, he remained in contact with the syndicalist movement in the Netherlands and continued writing for the ''Volksblad'' and several anarchist periodicals. In France, he worked with a lot of the anarchists he had gotten to know in Zurich. Since he spoke both German and English in addition to French and Dutch, he was particularly useful as a translator. He contributed to ''La Voix du peuple'' and ''La Bataille syndicaliste'' under the pseudonym "Rupert" (a reference to his wife Elisabeth Katharina Frederike (Lilian) Rupertus whom he had married in October 1899), as he feared deportation should his anarchist activities become public.

In 1903, Rupertus gave birth to the couple's son Fred.

During World War I, Cornelissen actively supported the ''Union sacrée'', a patriotic truce between the French state and the socialist movement. He wrote several anti-German brochures in support of the war, and was a signatory of the ''Manifesto of the Sixteen''. His support for the war estranged Cornelissen from many of his syndicalist and anarchist comrades. After the war, he primarily dedicated himself to his economic studies. In 1944, his ''Traité général de science économique'' (''General Treatise on the economic science''), an elaboration on ''Théorie de la valeur'' (''Theory of value''), which he had published in 1903, to refute the labor theory of value, which both the classic economists and Marx adhered to, was published. He died in 1942 in Domme. Provided by Wikipedia
1