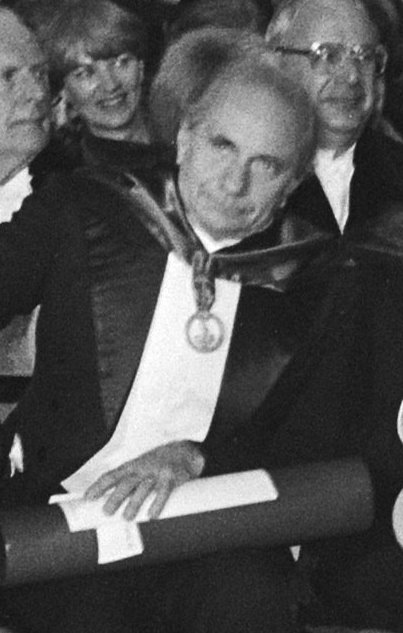 Georges Duby (7 October 1919 – 3 December 1996) was a French historian who specialised in the social and economic history of the Middle Ages. He ranks among the most influential medieval historians of the twentieth century and was one of France's most prominent public intellectuals from the 1970s to his death.

Born to a family of Provençal craftsmen living in Paris, Duby was initially educated in the field of historical geography before he moved into history. He earned an undergraduate degree at Lyon in 1942 and completed his graduate thesis at the Sorbonne under Charles-Edmond Perrin in 1952. He taught first at Besançon and then at the University of Aix-en-Provence before he was appointed in 1970 to the Chair of the History of Medieval Society in the Collège de France. He remained attached to the Collège until his retirement in 1991. He was elected to the Académie française in 1987. Provided by Wikipedia
Showing 1 - 1 results of 1 for search 'Duby , Georges', query time: 0.01s Refine Results
1