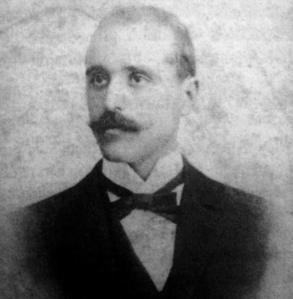 Luigi Fabbri (23 December 1877 – 24 June 1935) was an Italian anarchist, writer, and educator, who was charged with defeatism during World War I. He was the father of Luce Fabbri.

Fabbri was first sentenced for anarchist activities at the age of 16 in Ancona, and spent many years in and out of Italian prisons. Fabbri was a long time and prolific contributor to the anarchist press in Europe and later South America, including co-editing, along with Errico Malatesta, the paper ''L'Agitazione''. He helped edit the paper "Università popolare" in Milan. Fabbri was a delegate to the International Anarchist Congress held in Amsterdam in 1907. He died in Montevideo, Uruguay in 1935.

He was the author of: Dictatorship and Revolution (Dettadura e Rivoluzione), a response to Lenin's work The State and the Revolution; Malatesta's Life, translated by Adam Wight (originally published in 1936), this book was published again with expanded content in 1945. He also wrote other political books. In Uruguay, he dedicated himself to school and secondary education, maintaining his ideas. He was the father of the Uruguayan anarchist and educator Luce Fabbri. Provided by Wikipedia
1