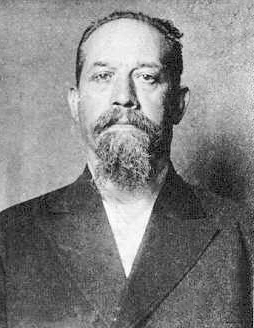 Luigi Galleani (; August 12, 1861 – November 4, 1931) was an Italian anarchist active in the United States from 1901 to 1919. He is best known for his enthusiastic advocacy of "propaganda of the deed", i.e. the use of violence to eliminate those he viewed as tyrants and oppressors and to act as a catalyst to the overthrow of existing government institutions. From 1914 to 1932, Galleani's followers in the United States (known as ''i Galleanisti''), carried out a series of bombings and assassination attempts against institutions and persons they viewed as class enemies. After Galleani was deported from the United States to Italy in June 1919, his colleagues are alleged to have carried out the Wall Street bombing of 1920, which resulted in the deaths of 40 people. Provided by Wikipedia
Showing 1 - 20 results of 201 for search 'Galleani , Luigi', query time: 0.02s Refine Results
1

Battaglia (Una)
by Galleani Luigi
Published 1947
Book
Save to List

Mandateli lassù !
by Galleani Luigi
Published 1954
Book
Save to List

Battaglia (Una)
by Galleani Luigi
Published 1947
Book
Save to List