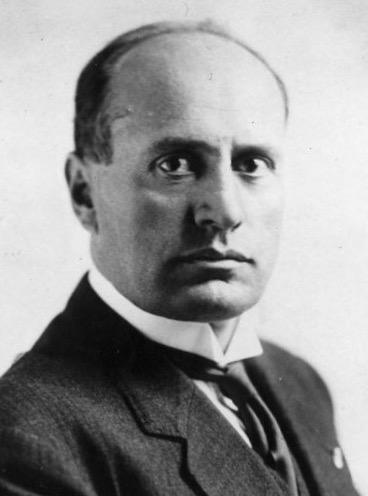 The National Fascist Party (, PNF) was an Italian political party, created by Benito Mussolini as the political expression of Italian Fascism and as a reorganization of the previous Italian Fasces of Combat. The party ruled the Kingdom of Italy from 1922 when Fascists took power with the March on Rome until the fall of the Fascist regime in 1943, when Mussolini was deposed by the Grand Council of Fascism. It was succeeded, in the territories under the control of the Italian Social Republic, by the Republican Fascist Party, ultimately dissolved at the end of World War II.

The National Fascist Party was rooted in Italian nationalism and the desire to restore and expand Italian territories, which Italian Fascists deemed necessary for a nation to assert its superiority and strength and to avoid succumbing to decay. Italian Fascists claimed that modern Italy was the heir to ancient Rome and its legacy and historically supported the creation of an Italian Empire to provide ''spazio vitale'' ("living space") for colonization by Italian settlers and to establish control over the Mediterranean Sea. The party also supported social conservative stances.

Fascists promoted a corporatist economic system whereby employer and employee syndicates are linked together in associations to collectively represent the nation's economic producers and work alongside the state to set national economic policy. This economic system intended to resolve class conflict through collaboration between the classes. Moreover, the PNF strongly advocated autarky.

Italian Fascism opposed liberalism, but did not seek a reactionary restoration of the pre-French Revolutionary world, which it considered to have been flawed, and not in line with a forward-looking direction on policy. It was opposed to Marxist socialism because of its typical opposition to nationalism, but was also opposed to the reactionary conservatism developed by Joseph de Maistre. It believed the success of Italian nationalism required respect for tradition and a clear sense of a shared past among the Italian people alongside a commitment to a modernized Italy, as well as a solid belief that Italy was destined to become the hegemonic power in Europe.

The National Fascist Party along with its successor, the Republican Fascist Party, are the only parties whose re-formation is banned by the Constitution of Italy: "It shall be forbidden to reorganize, under any form whatsoever, the dissolved fascist party." Provided by Wikipedia
Showing 1 - 2 results of 2 for search 'Partito Nazionale Fascista', query time: 0.01s Refine Results
1