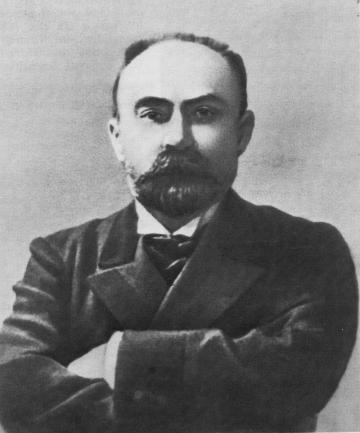 Georgi Valentinovich Plekhanov (; ; 29 November 1856 – 30 May 1918) was a Russian revolutionary, philosopher and a Marxist theoretician. He was a founder of the social-democratic movement in Russia and was one of the first Russians to identify himself as "Marxist". Facing political persecution, Plekhanov emigrated to Switzerland in 1880, where he continued in his political activity attempting to overthrow the Tsarist regime in Russia.

Although he supported the Bolshevik faction at the 2nd Congress of the Russian Social Democratic Labour Party in 1903, Plekhanov soon rejected the idea of democratic centralism, and became one of Lenin and Trotsky's principal antagonists in the 1905 St. Petersburg Soviet.

During World War I Plekhanov rallied to the cause of the Entente powers against Germany and he returned home to Russia following the 1917 February Revolution. Plekhanov was an opponent of the Soviet state which came to power in the autumn of 1917. He died the following year. Despite his vigorous and outspoken opposition to Lenin's political party in 1917, Plekhanov was held in high esteem by the Communist Party of the Soviet Union following his death as a founding father of Russian Marxism and a philosophical thinker. Provided by Wikipedia
1

Patterns of Anarchy ; a collection of writings on the anarchist tradition
by Krimerman , Leonard I.
Published 1966
Other Authors: '; “...Plechanov , Georgij Valentinovič...”