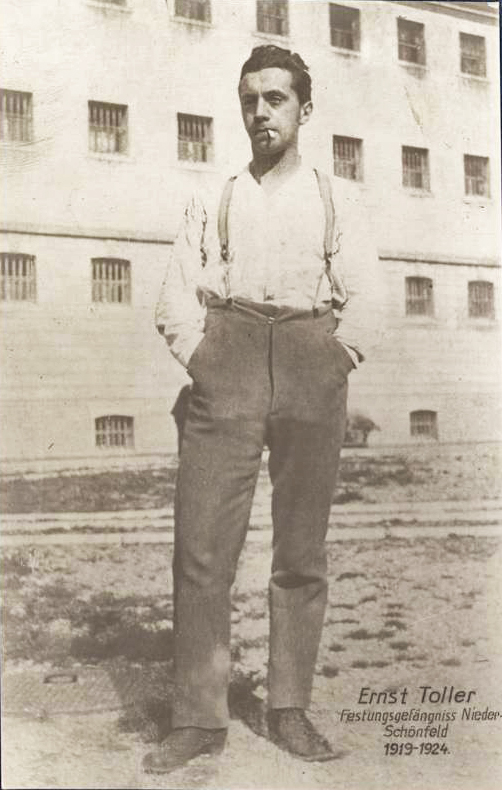 Ernst Toller (1 December 1893 – 22 May 1939) was a German left-wing playwright, best known for his Expressionist plays. He served in 1919 for six days as President of the short-lived Bavarian Soviet Republic, after which he became the head of its army. He was imprisoned for five years for his part in the armed resistance by the Soviet Republic to the central government in Berlin. While in prison Toller wrote several plays which gained him international renown. They were performed in London and New York as well as Berlin. In the year 2000, several of his plays were published in an English translation.

In 1933 Toller was exiled from Germany after the Nazis came to power. He did a lecture tour in 1936-1937 in the United States and Canada, settling in California for a while before going to New York. He joined other exiles there. Struggling financially and depressed at learning his brother and sister had been sent to a concentration camp in Germany, he committed suicide in May 1939. Provided by Wikipedia
1

Eine Jugend in Deutschland
by Toller, Ernst
Published 1978
Unknown
Save to List

Justiz-erlebnisse
by Toller, Ernst
Published 1979
Unknown
Save to List