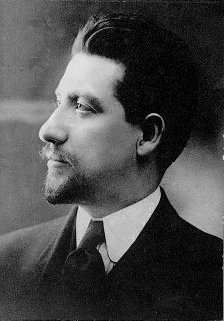 Carlo Tresca (March 9, 1879 – January 11, 1943) was an Italian-American newspaper editor, orator, and labor organizer who was a leader of the Industrial Workers of the World during the 1910s. He is remembered as a leading public opponent of fascism, Stalinism, and Mafia infiltration of the trade union movement.

Born, raised, and educated in Italy, Tresca was editor of an Italian socialist newspaper and secretary of the Italian Federation of Railroad Workers before he emigrated to the United States in 1904. After a three-year spell as secretary of the Italian Socialist Federation of North America, he joined the Industrial Workers of the World in 1912, and was involved in strikes across the United States over the rest of the decade. He was jailed in 1925 after printing an advertisement for a birth control pamphlet in one of his newspapers.

During the 1930s, Tresca was a staunch critic of both Benito Mussolini's fascist government in Italy and Stalinism in the Soviet Union. In 1937, he was a member of the Dewey Commission, which cleared Leon Trotsky of all charges made during the Moscow Trials. Tresca also used his newspapers to mount a public campaign criticising the Mafia. He was assassinated in New York, January 1943 allegedly by Carmine Galante. Provided by Wikipedia
Showing 1 - 8 results of 8 for search 'Tresca , Carlo', query time: 0.02s Refine Results
1

Autobiography
by Tresca , Carlo
Published s.d.
Book
Save to List